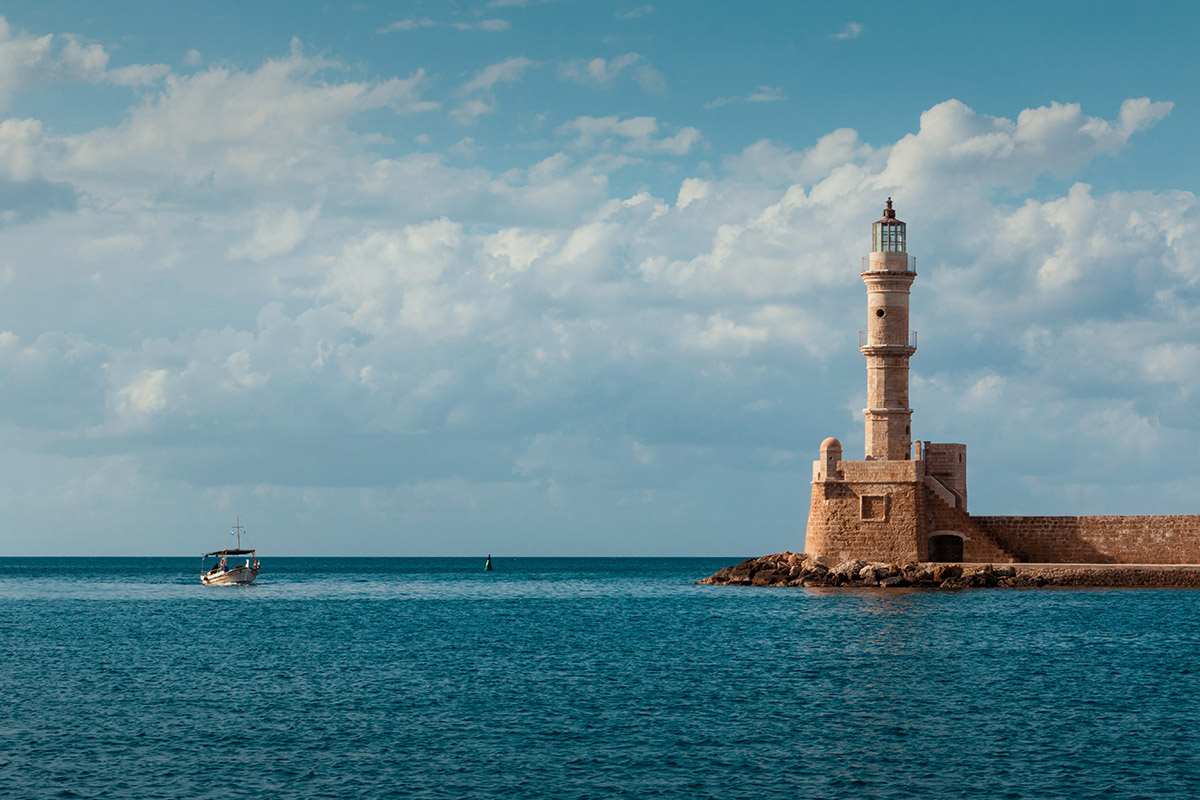 The Egyptian Lighthouse, which is one of the oldest in the world, prevails in the old Port of Chania. The sea-tossed stone lighthouse that is located at the edge of the breakwater, is not only the “guard” of the old Venetian port, but also its most famous jewel.

The lighthouse was constructed by the Venetians at the end of 16th century. It has been reconstructed by the Egyptians during the period 1830-40, when English had assigned Crete to the regent of Egypt, Mehmet Ali. At the end of the Ottoman empire, the project had been completed with the addition of the ladder in its east side, as well as pipes, through which passes sea water under the surface of its base. The lighthouse has a hight of 21m, height from sea surface 26m and its light reaches a distance of 7 miles. Its base is oktagonal, the middle part has 16 angles, while the top part is circular.

Be the first to know about our exclusive, events & promotions!